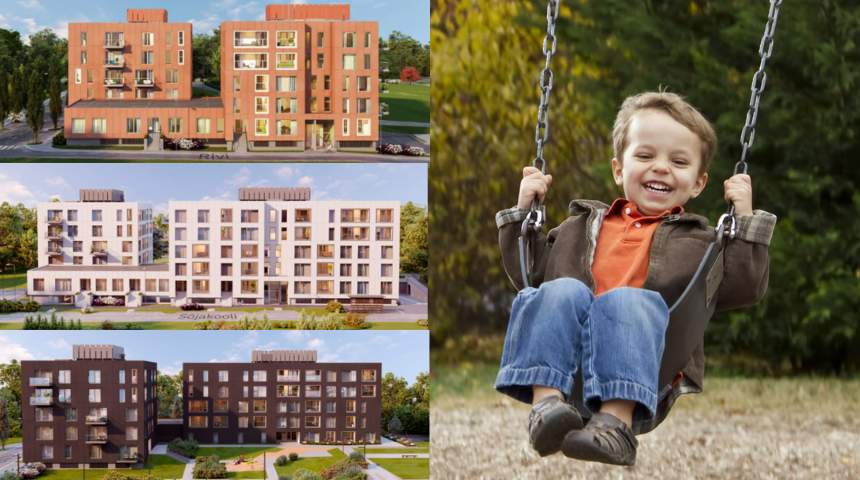 Allianss Arhitektid Indrek Tiigi: "When planning the Kindrali Houses, I wanted to create a city in the middle of the city. I divided the land into human-scale quarters with boulevards between them. All buildings are clearly located on the street line and the doors open directly onto the street. The area between the buildings is designed into peaceful urban indoor parks, where the pace of movement is slow and you can relax and play between the trees and bushes. The exterior finishes of the buildings are dominated by concrete - dignified black, rustic mass-painted red and white smooth concrete. The spacious balconies and terraces are lined with cosy wood, making the Kindrali Houses a pleasant place to live."