The Concrete building of the year competition 2017 participates 19 buildings

19 buildings were submitted to the competition "Concrete construction of the year 2017" organized by the Estonian Concrete Association and the Estonian Building Materials Manufacturers Association.

Concrete as the most widely used domestic building material has been widely used in the last year, "said Tiit Roots, Chairman of the Board of the Estonian Concrete Company. "There are a lot of outstanding buildings and facilities where concrete plays an important role," Roots added.

The board of the Estonian Concrete Association confirmed all 19 constructions that were nominated for the "Concrete Building of the Year 2017" competition.

According to Vainola, the nominees display quite a lot of multiplicity of opportunities of today's Estonian construction market.

The Concrete building of the year 2017
Care home in Skärvet;Apartment buildings in Tartu; Mustamäe Health center

The aim of the competition is to find and highlight the buildings, whose appearance and effective and economical performance demonstrate the advantages and potential of concrete as a domestic material.

The object or procedure wins, where a significant contribution has been made to the work of registered traders in Estonia and concrete materials delivered from Estonia. When choosing a winning work, it is also taken into account the professionalism and the level of competence, quality and innovation of the design and construction of the object.

The main prize belongs to the author of the work. Special marking for winning object´s customer, designer, builder, concrete and formwork supplier.

The jury will start its work in January.

The winner will be announced on the Concrete Day on March 14, 2018.

E-Betoonelement entered three nominees for the Concrete Building of the Year 2017 competition organised by the Estonian Concrete Association and the Association of Construction Material Producers of Estonia.

Justification for the proposal: The buildings have facade elements with an exclusive and unusual appearance. These are inspired by textile. Embroidery and knitting patterns are recognisable on the facade. One facade features four different alternating patterns.

Justification for the proposal: Apartment buildings are built using prefabricated reinforced concrete panels, and the concept of buildings is based on functionality, suitability in the environment and energy efficiency.
The facade of buildings on Pikk Street is eye-catching – it uses stripes of two different width and closeness, painted dark.
The buildings are insulated using PIR insulation, which hasn’t been used a lot in Estonian projects. It is a material with very low thermal conductivity that significantly reduces the heating need of buildings in the winter.

Justification for the proposal: A building with a very interesting architectural and functional design with a circular atrium passing through all the floors in the centre of the building. The building expertly combines glass and concrete with the front facade made of glass and smoothly transitioning into concrete. The curved facade of the building is intended for the sake of appearance, but it also offers functionality, helping to save space and plan offices better. The building places great emphasis on energy efficiency, which is assisted by the energy storage capacity of concrete elements. Mustamäe District has gained an energy efficient building that serves the interests of the population and easily blends into the environment.

In addition, the E-Betoonelement's buildings will take part in the competition:

The winner of the competition will be announced on the Concrete Day taking place in March of next year.

The Estonian Concrete Association has published a new guideline

“Over the decade from the publication of the first edition of the BÜ2 there have been important changes in the legislation, standards as well as several instruction manuals of both the European Union and Estonia,” said Tiit Roots, chairman of the management board of the Concrete Association of Estonia. “Publishing the new, updated guideline is relevant and necessary in every way,” Roots added.

Authors of the guideline are Associate Professor Emeritus Toomas Laur and Professor Irene Lill of the Department of Civil Engineering and Architecture of the School of Engineering of the Tallinn University of Technology.

"All instructions from the Concrete Company, including BÜ2, have been designed with the aim of helping building contractors, designers and builders, and in this regard, due to the lack of Estonian national building norms, it is intended to fill this gap," said Toomas Laur. "In reference to the contracts, the guidelines could be binding on the assessment of the quality of concrete and reinforced concrete structures. Guides can also be manuals for manufacturers and other points of contact with concrete and reinforced concrete structures, including universities and vocational training centers, "added Laur.

According to Toomas Laur, the instructions of the Concrete Association could be accepted by the parties of the construction process in carrying out corresponding technical-economic analyzes, concluding works contracts or taking other relevant decisions.

The Estonian Concrete Association is a association that promotes the use of concrete as a building material for domestic use, which includes 58 companies, organizations and private individuals.

Additional information:
Tiit Roots, Chairman of the Board of the Estonian Concrete Association
Phone: 50 42 228; e-mail: tiit@peri.ee 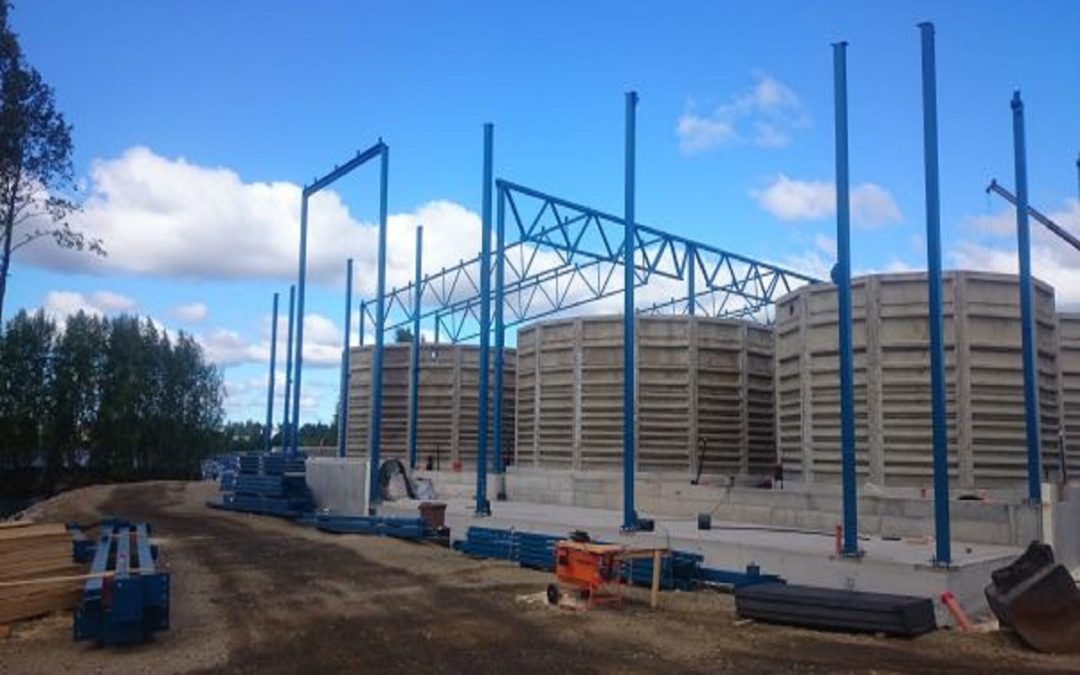 Project manager of E-Betoonelement Kaido Kindel:“It was a fairly sizable contract. We installed seventeen 5.3 m tall containers for the fish farm, ten of which were nearly 560 m3 and seven of which nearly 260 m3 in size. The containers were installed in fairly tight conditions, which set certain restrictions on using equipment and assembling elements. Despite the tight schedule of the contract, assembly work went smoothly and the feedback from the customer was very positive.”

Acontank™ farm container comprises reinforced concrete modular wall elements. The manufacturing of these in the factory ensures the quality of elements, and the modular system ensures the operative assembly thereof at the site. The container is designed according to the customer’s specifications (required storage volume, usable operating technology) and in accordance with the conditions at the site (load bearing capacity and relief of the surface, level of soil water). More information here.

The container solution offered by the CABRO team includes a complete manufacturing cycle of the container from consultation and design to assembly and maintenance during the warranty period. 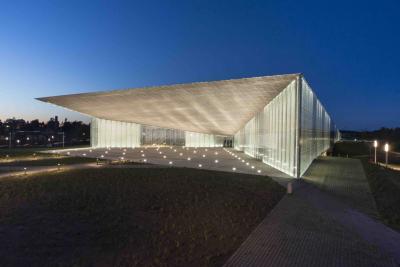 What is the best Estonian concrete building in the year 2017?

Concrete Association of Estonia and Association of Construction Material Producers of Estonia have announced the „Concrete Building of the Year 2017“ competition. The aim of the contest is to contribute to the architectural concrete, concrete construction and concrete technology development, as well as to raise the reputation of concrete as a domestic building material.

„Concrete as the most widely used building material has perpetuated itself into the solid choice of the builder. This year has concrete been more widely used,” says the chairman of the Concrete Association of Estonia Tiit Roots. „This year, a number of important buildings will be established. We expect them to take part in our competition,” added Roots.

The contest is open to entries including:
- Buildings – structures and constructions – that will be delivered to the owner during the year 2017;
- Buildings that have previously not been submitted to the competition.
- Also designs and proceedings can be submitted.

The winner of the contest is the object or proceeding where a significant part has been on an enterprise registered in Estonia and on concrete materials delivered from Estonia. In selecting the winner, the professionalism of engineering and construction are taken into account, as well as the exactingness, quality, and innovation of the object.

The grand prix goes to the author of the winning idea. The owner, engineer, constructor, supplier of formwork and concrete producer will be denoted.

The deadline for submissions is 1st of December 2017.

The winner will be announced on the Estonian Concrete Day in March 2018.

Additional information:
Tiit Roots, Chairman of the Board of the Estonian Concrete Association
AS Peri project manager
Phone: 50 42 228; e-mail: tiit@peri.ee

This year’s Concrete Technology Day takes place on 11 October in the hall of the Tallinn University of Applied Sciences, Pärnu mnt 62, Tallinn.

Participation requires registration by 5 October at the latest

Participants will receive an EITC 4.0 Advanced training points. We ask you to send the registration plates by e-mail to the 5th of October to address betoon@betoon.org

The registration form is attached to the invitation.

Members of the Estonian Concrete Association - 40 euros
TTK and TTU daily students and lecturers - free of charge.
VAT is added to the price by 20%.