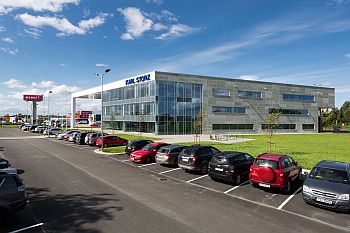 20 nominees were entered in the Concrete Building of the Year 2016 competition organised by the Estonian Concrete Association and the Association of Construction Material Producers of Estonia.

"The Estonian Concrete Buildings Competition looks stylistically what today's drawballs are in Estonia," said Tiit Roots, Chairman of the Estonian Concrete Association Board. "The city of Tartu is very pleased with the concrete construction competition this year, with very significant and interesting buildings," added Roots.

"For the first time in nearly 50 years, a concrete road was built in Estonia, in Õismäe, Tallinn," said Toomas Vainola, Managing Director of Estonian Concrete Association. "We hope that this is only the first step in the re-use of concrete roads in Estonia.

The main prize belongs to the author of the prize. The contracting entity, the designer, the builder, the concrete and the formwork supplier

The winner will be announced on the Concrete Day in March 2017.