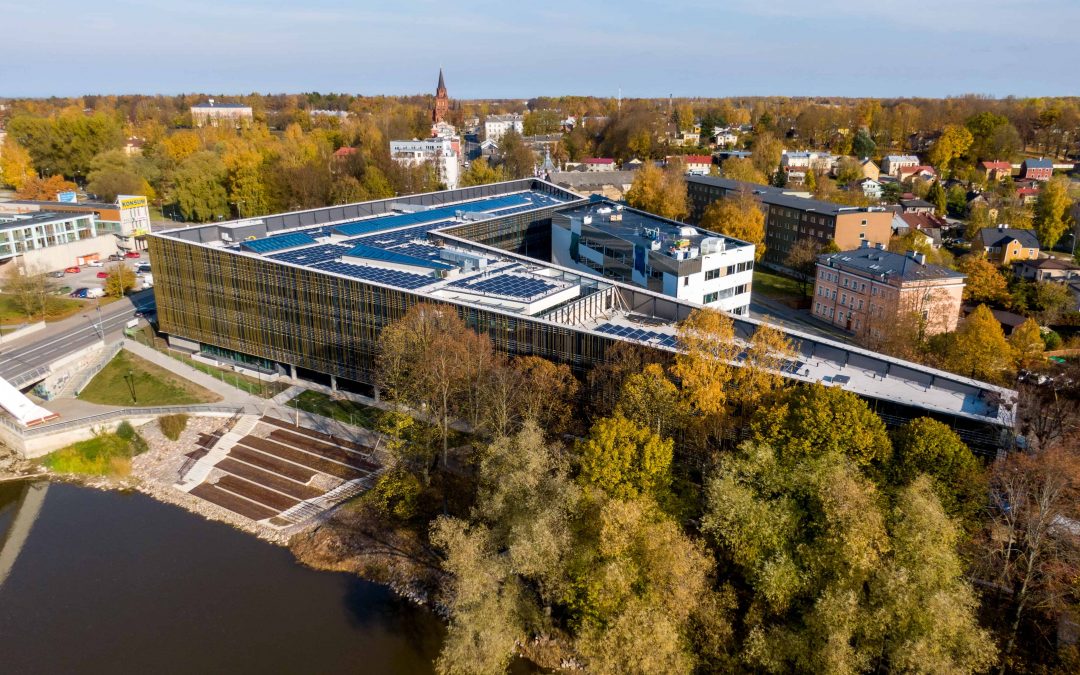 Delta Center of the University of Tartu was chosen as the favorite building of the people of Tartu in 2019 and the best public building in Tartu in the competition “The Building of the Year 2019” organised by Tartu City. The center serves as a joint study and research building for the Faculty of Economics, Institute of Computer Science and Institute of Mathematics and Statistics at the University of Tartu.

E-Betoonelement produced hollow panels, beams, posts, SW walls, partitions and stairs for the Entrepreneurship Building of Delta Center. The project was completed in cooperation with the construction company Rand ja Tuulberg AS and Ehitustrust AS. The architects of the building were Sander Aas, Illimar Truverk and Timo Titma.

"The Building of the Year" competition is an annual recognition event to acknowledge the most outstanding buildings built in the city of Tartu in the previous year. The owners, builders and designers of recognized buildings, will receive letters of thanks and recognition plaques that can be installed on the facade of the building.

This year, all buildings in Tartu that had received a use permit in 2019 were entered into the competition. The buildings selected by the evaluation committee were posted on the website of the city of Tartu for a referendum, during which people could vote for their favorite. 3169 people took part in the referendum, 30% of whom vote for the Delta study building.

Read also: Centre for Entrepreneurship of the University of Tartu—more than 10 000 square metres of space for studies and science