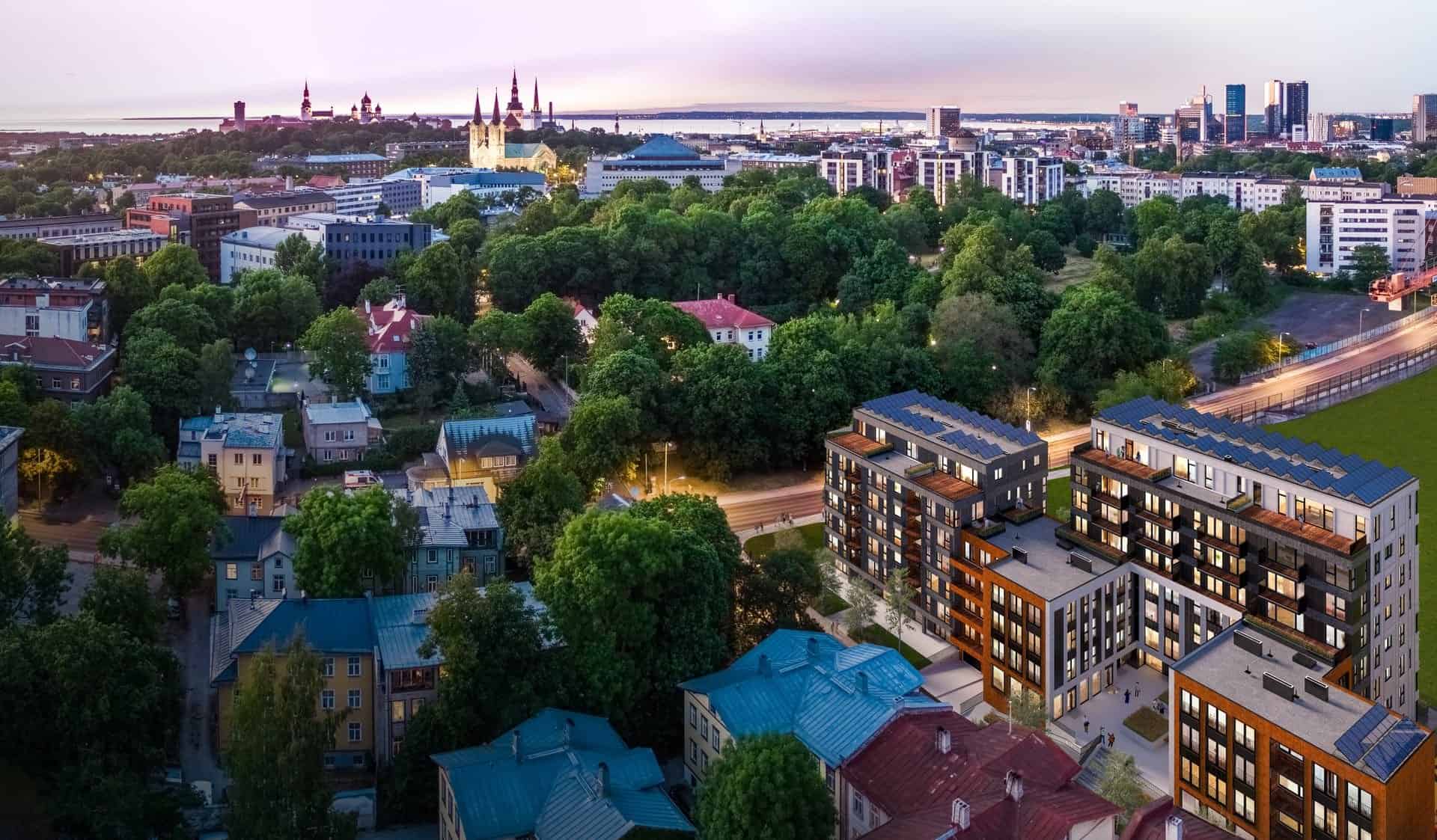 Today, a cornerstone was set to the latest new development Toom-Kuninga 15 by the real estate company Metro Capital, which is based on the Estonian capital. It is being built in the neighbourhood of Uus Maailm next to the former children’s stadium. An integral residential complex consisting of four buildings will be completed in 2020.

As to the words of the CEO of Metro Capital, Ain Kivisaar, today’s real estate market is in good health, and apartments are actively bought both for homes and for the purpose of investment. “The interest of the people in new apartments in attractive areas is continuously steady, and the slower period of the beginning of the year is over. This is also indicated by the growing interest in the development of Toom-Kuninga 15, especially now when the façade rises quickly.”

Kivisaar explained that the project of Toom-Kuninga 15 has so far been built solely with the self-financing of the development company, which is exceptional in the construction of such a large apartment building. First residents can move in in the summer of next year, when the first of the four buildings of the new development will be completed.

Ain Kivisaar added that the area of Uus Maailm is quickly developing and vivacious, attracting the eyes of home-seekers. “A couple of years ago the super ministry was built, and the former children’s stadium is catching a new breath. We prefer our developments to harmonize with the surroundings, and the living environment would offer extra value to the new homeowners. We have started a collaboration with the city and will build a sports and leisure area with six beach volleyball grounds to the former area of the children’s stadium for the interim period of use.”

109 apartments with 1-4 rooms will be built in the apartment building of Toom-Kuninga 15. There are commercial spaces for cafes and shops on the first level of the building. There will be a spacious courtyard for the residents between the partitioned buildings, and a locked storage room for bicycles in every lobby.

The buildings are issued a class B energy label, and modern, eco-efficient, and energy sufficient solutions are preferred in the construction. The buildings will be finalized in 2020 in three stages—first, the black house, then the lower orange building sections, and thirdly the white house.

Ott Kadarik and Mihkel Tüür from the renowned architectural bureau Kadarik, Tüür. Arhitektid have created the architectural solution of the building. To ensure quality, the builder of the development is the main contractor of the construction, Kiikri Ehitus founded by Metro Capital in 2017, and owner supervision is exercised by the experienced owner supervision team of Telora OÜ. Temiir AS, E-Betoonelement AS, Merko Ehitus Eesti AS, etc. are involved as subcontractors.