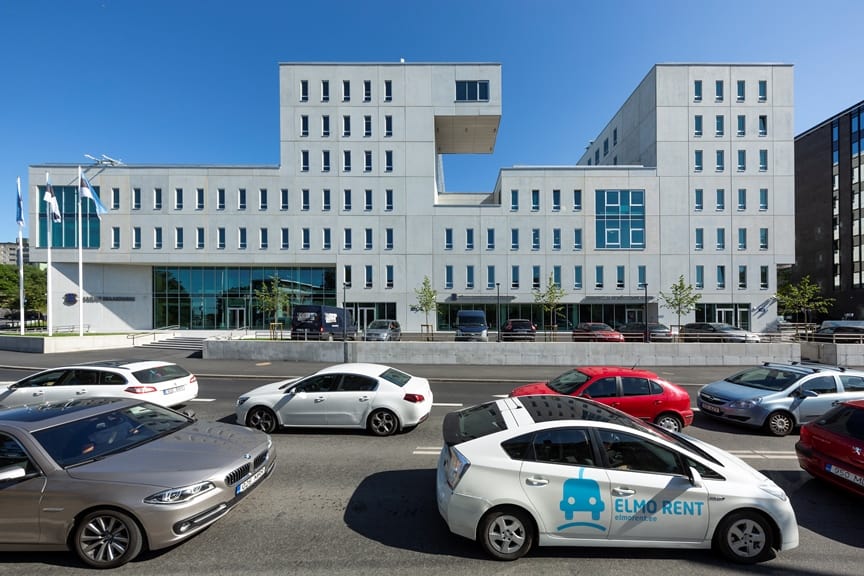 COURTHOUSE
Reason for submission: The courthouse built in the outskirts of the Tallinn city centre is architecturally very notable. The striking facade areas protrude in relation to each other both horizontally and vertically. The building houses three state authorities: Harju County Court, Northern District Prosecutor’s Office, and the Centre of Registers and Information Systems (RIK). All authorities are housed in different parts of the building, while architecturally forming a single unit. Designing the building proved to be a challenge, because the wishes of the three tenants as well as the different levels of security zones had to be taken into consideration. The construction process

Reason for submission: The project of T1 entertainment and shopping centre is interesting in terms of its solution, as it’s not a regular rectangular building but accommodates spacious and open atriums of different shapes, which in turn posed a challenge for the designers to come up with a solution for assemblies between prefabricated and monolithic elements. It was a very extensive project, which set higher expectations for both production and delivery schedules. T1 Mall of Tallinn entertainment and shopping centre is spread out on an area of approx. 55,000 m2 with space for more than 200 stores. The construction process was managed and administered using the BIM model.

Reason for submission: Healthy solution for a production facility where the architect’s vision to give a dignified exterior appearance to the building has been highly successful, and high-quality materials have been used in doing so. The production facility is also special because it has underfloor heating and enables lifting 100 tonne loads.

APARTMENT BUILDINGS AT SÕJAKOOLI ST
Reason for submission: Apartment buildings with a beautiful and individual architecture where utilities management has been planned around the residents. Utilities shafts in walls closest to the stairwell are double-walled – this blocks noise from reaching the apartments as much as possible and enables easier access to the utilities.