Contracting of the courthouse has been completed 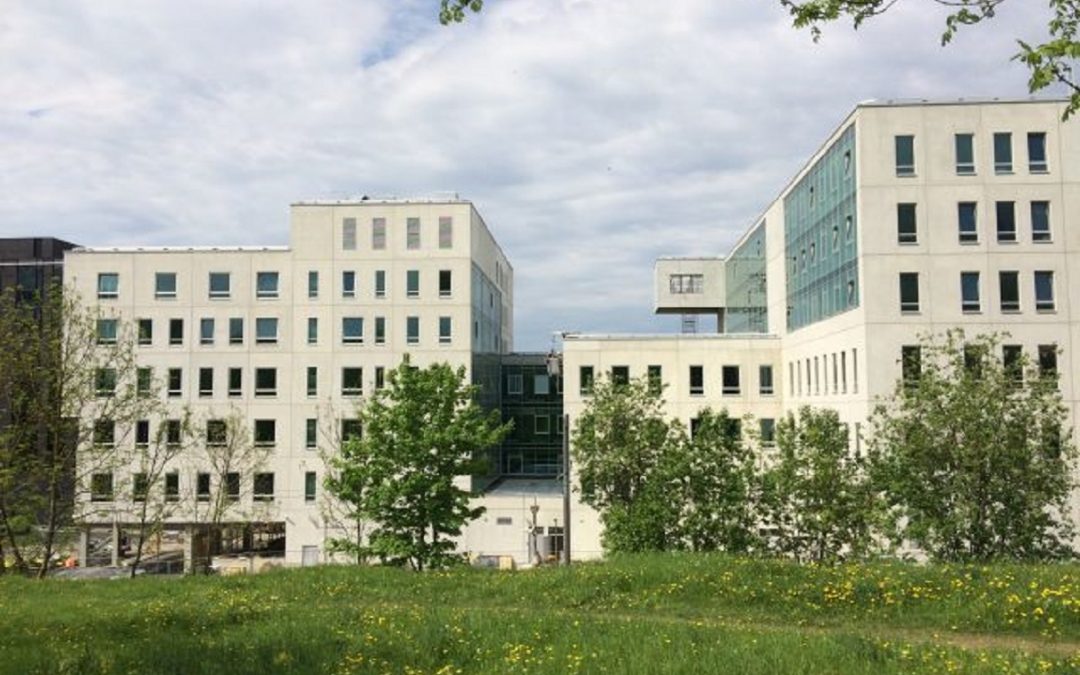 By now, the new Tallinn courthouse has been officially opened, and everyday operations have commenced in the building. The cooperation of E-Betoonelement and Astlandia Ehitus has resulted in a new stately building in Tallinn, which supports the function exercised there – administration of justice – with its calm and multifaceted geometry.

“When it came to external wall elements, the customer requested the use of concrete enriched with titanium dioxide that makes the surface of concrete bright and self-cleaning. The result is clearly visible in the new courthouse, as the elements aren’t standard grey, but rather light and bright, particularly in sunlight,” Kristjan adds.

The building is situated at Lubja St 4 in Tallinn; it has seven above-ground and three underground floors. The building houses Harju County Court, Northern District Prosecutor’s Office, and the agencies of the Centre of Registers and Information Systems.

The author of the architectural design of the courthouse with a net surface area of more than 25,000 square meters is Arhitektuuristuudio Siim & Kreis OÜ, authors Andres Siim and Kristel Ausing.

Designing the building proved to be quite the challenge, because the wishes of three tenants had to be taken into consideration. As well as security zones of different severity.

“There was a red zone, yellow zone, green zone: red zone where almost no one is permitted; yellow zone accessible to judges and officials; and green zone for the employees of the building. But the paths of people in these zones must not cross,” Ausing explained.

According to AS Riigi Kinnisvara, the construction cost of the court building was 29.9 million euros.