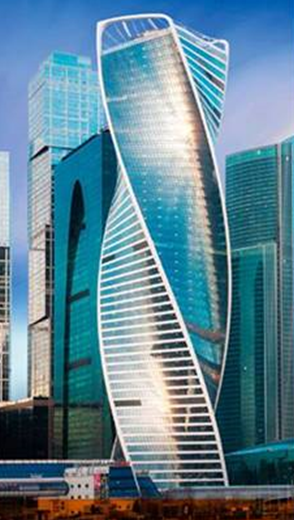 This year, Concrete Day is taking place on 14 March at the Estonian National Museum in Tartu, where the leading Russian architect Philip Nikandrov is performing and the winner of the Concrete Building of the Year 2016 is announced.

Philip Nikandrov, architect of 25 years of international experience, is Russia's leading architect specializing in the design of large, complex and unique high-rise buildings. His approach to works is like a journey from context to minimalism, achieving complexity through simplicity.
1993 - graduated from St. Petersburg State University of Architectural and Civil Engineering
1994 - Member of the Union of Russian Architects.
1997 - joined RMJM with the architectural firm, working in the offices of the UK, the Middle East and Russia. 2011 - ZAO GORPROJEKT, Chief Architect, Moscow
2011 – ZAO „GORPROJEKT“, peaarhitekt, Moskva.

Most important projects:
- Evolution Tower (2015) at the Moscow Business Center and
- Lakhta Center in St. Petersburg (under construction).

The currently under construction energy company "Gazprom" headquarters in St. Petersburg on the coast of the Gulf of Finland, with a predominantly 465-meter skyscraper.
More than half of the complex surfaces are for public use.
The classic panorama of St. Petersburg is quite flat, with some of the peaked landmarks highlighted: Peter and Paul Fortress Tower, Admiralty Tower, in addition to the cathedral's dome.
Now they are in dialogue with them 9 kilometers from the historic city center to the skyscraper's highest skyscraper in Europe.
The public viewing platform is 357 meters high, making Europe the highest.
The highest in Europe is also a panoramic restaurant - 330 meters high.
In 2015, the zero cycle was completed.
The complex should be ready in 2018.

A 246-meter high, 55-story spiral building is located in Moscow's downtown business district on the Moscow River, on the Presnenskaya River.
The building has the impression that the two ribbons are twisted around each other. Each subsequent floor is at an angle of 3 degrees on the previous floor, a total of 135 degrees.
Already before the "Evolution Tower" was completed, the modern icon of Moscow became a sculptural building, becoming a symbol of business charm and rapid development. In 2016 Transneft bought a skyscraper for $ 1 billion.

Concrete records:
- the foundation stability has been achieved in 2080 with a cast-in-pile concrete pile;
- for the first time in history, the foundation of a high-rise building has been used with a 2-meter-long stationary concrete-reinforced concrete;
- Casting the base of the foundations to the unbroken concrete fleet required 19,624 m3 of concrete, which at the time of casting (2015) was a new world record.
As a whole, the "Lakhta Center" (with a total area of ​​400,000 m2) is introduced, bringing in over 100 technological innovations.

Additional information for a Concrete Day participants:
For riders from Tallinn to Concrete Day, ride by bus to Tartu and return for free. Participation on the concrete day (and place on the bus) - for pre-registered only. We ask you to register by 7 March 2017 at the latest: merle@innomine.ee

Photography exhibition of the nominees of the Concrete Building of the Year 2016 and the winning works of 2000–2015 is open.

Entrance only with preregistration.