AS E-Betoonelement celebrated its 20th birthday 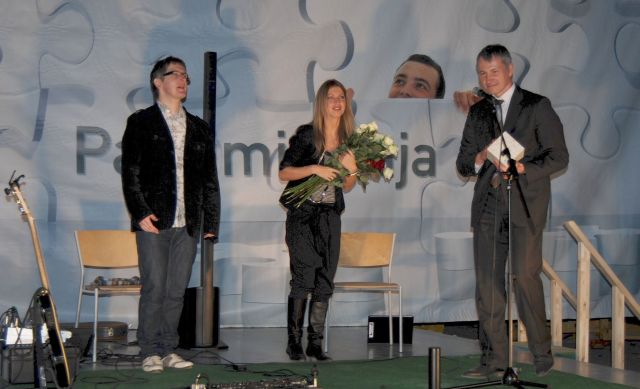 Last Friday, E-Betoonelement had a festive day as the company celebrated its 20th birthday.

Concrete dust had been wiped from the floors, unlike usually, the production factory was quiet and full of decorations, the tables were set with party dishes, and Maarja-Liis Ilus kept the mood up. The gathering remembered times gone by, anticipated the future, and thanked the colleagues, who have worked for the company for 20 years.

Vaido Leosk, manager of AS E-Betoonelement: „I'm glad that the 20-year-old company is in good health and has a strong team! Even complicated projects aren’t difficult for us, on the contrary, we enjoy challenges! We continue to want to be open to the world, learn, and constantly offer new ideas and solutions.”

Selection of important events in the AS E-Betoonelement’s history:

In 1992, the company was founded by Oy Rudus Ab, SRV International and EE Ehitus AS. Production of elements first began in Harku element factory. In the early years, the main turnover was mostly achieved by supplying army base constructions in Russia with elements, but also by exporting these to Finnish market.

In November 1995, an important change was EE Betoonelement AS’s 100% transfer to Parma Betonila OY AB’s ownership. 150 mm and 400 mm hollow panels and innovative beam construction were new products to be put on the market. A sales office was opened in Riga. The company’s new name became AS E-Betoonelement.

In 1996, Strängbetong AB was included in the circle of company’s owners, and the production of railway sleepers began in Rakvere factory. E-Betoonelement's factory pack was also formed the same year: Harku, Tamsalu, and Rakvere, and E-Betoonelement became firmly the largest element producer in Estonia.

In 1997, “Swiss house” was built on Roosikrantsi Street, where for the first time the company was responsible not only for supplying elements, but also for designing the building and installation.

In 1999, a new product Acontank tank system was introduced.

In May 2000, the cornerstone for the AS E-Betoonelement's new head office was laid, and in December the company moved in. The office building made use of TermoDeck’s climate system for the first time in Estonia. Innovative patination technology was used for external finishing of Neiser production facility’s wall panels.

In 2003, AS E-Betoonelement won a special prize of the Concrete Building of the Year 2002 for using new type of roofing elements STT at the construction of Nefab Estonia AS packaging factory. AS E-Betoonelement invested 10 million kroons in a new mixing shunt. World famous Brazilian jazz singer Tania Maria performed in AS E-Betoonelement’s Harku factory.

In 2004, winner of the special prize of the Concrete Building of the Year 2003 was AS E-Betoonelement for a mountable post-stressed circle tank in Ekseko pig farm in Viljandimaa, and the company won the second special prize for an athletics hall built in Lasnamäe. James Carter performed in the club Wool Moon.

In 2005, world famous funk musician Maceo Parker performed in AS E-Betoonelement's factory. The company won a special prize of the Concrete Building of the Year 2004 for concrete elements in Rakvere Sports Hall and Veskimöldre kindergarten.

In 2006, AS E-Betoonelement’s products conformed to the European harmonised standards as the first reinforced concrete producer in Estonia. AS E-Betoonelement took 1st place in the Äripäev’s Harjumaa companies TOP list. Largest Baashall™ in Estonia was built in Jüri, near Tallinn - S-Marten logistics centre.

In 2009, AS E-Betoonelement successfully poured graphic concrete elements for the external area of the Estonian Road Museum. Introducing solutions to clients in 3D began. Ventilatable foundations were new products to be put on the market.

In 2010, AS E-Betoonelement won a special prize of Concrete Building of the Year 2009 for PÖFF’s wolf statue. Export to Finnish market increased significantly.