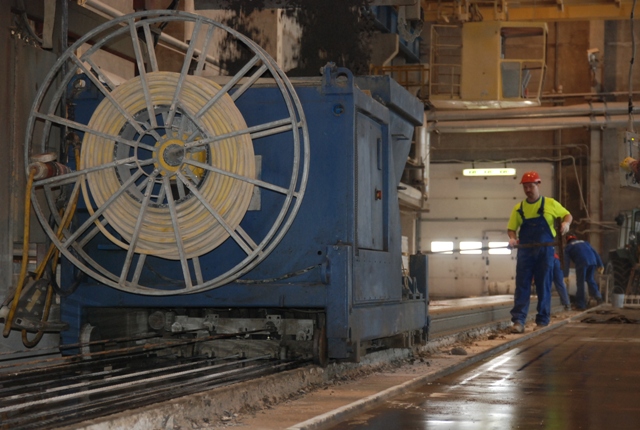 The first products were ready at the end of February 1991, in the new plant of hollow-core slabs, which was built in Tamsalu by the Finns. Contemporary extrusion technology was implemented for the first time in Estonia. At first, only HCE220 slabs with the length of 5.2 m and 6.2 m were produced. Soon manufacturing of new hollow-core slabs according to the client’s measurements was implemented, which finally superseded the former production of standard, Soviet time slabs that dominated the Estonian market. Lighter weight and bigger load bearing capacity helped to make the new ceiling slabs even more popular. HCE150, HCE200, HCE265, HCE320 and HCE400 were added to the product range. Today it is possible to produce hollow-core slabs that are up to 500 mm high (HCE500) and even up to 20 m long. For the present, E-Betoonelement has become a leading hollow-core slabs producer in Estonia. At the end of the previous month, the volume of hollow-core slabs produced in the course of the history of E-Betoonelement exceeded 2,500,000 million m2. Ceiling slabs are manufactured both in Tamsalu and Harku.

- In April 1999, we produced the first HCE320 slabs with a leased machine and as from December 1999, we have been doing that with our own machine.