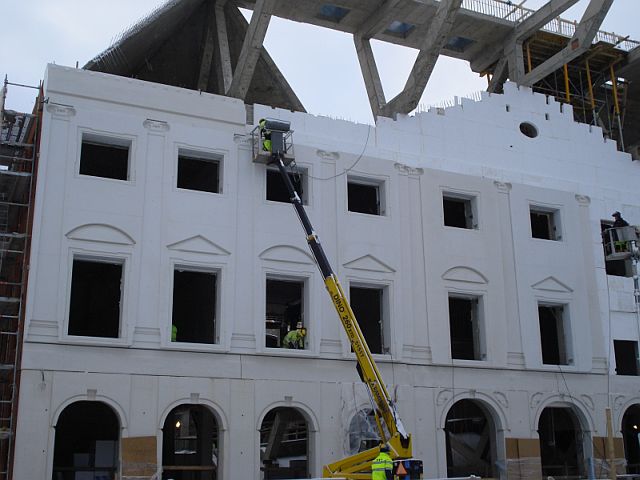 The new college building was designed to replace the stock exchange building that was destroyed during the war. Conditions of the architecture competition stated that the new college building’s façade facing Raekoja square must be identifiably similar to the stock exchange building. The façade of the University of Tartu Narva College is a negative of a Baroque façade. Young architects Katrin Koov, Siiri Vallner, and Indrek Peil participated in the architecture competition. The façade elements are manufactured according to the architects’ exact vision for the appearance of the building. Manufacturing of elements commenced in November 2011 and installation works in January 2012. Façade elements are installed by the instalment team of E-Betoonelement.