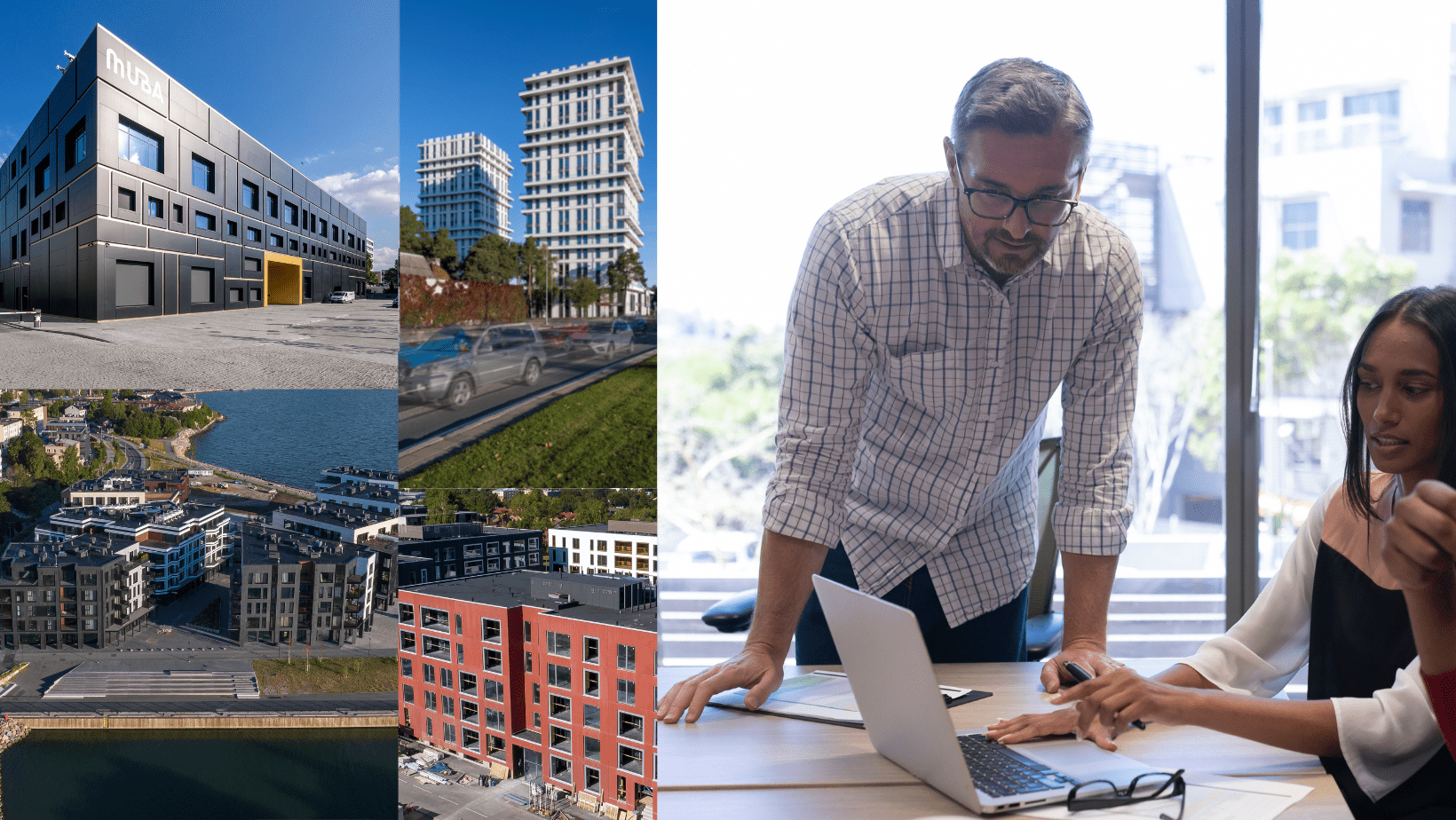 Check out the projects below:

Name of the object: Järve Towers; Järve tn 2, Tallinn
Purpose of use: apartment buildings with commercial premises
Customer: TTP AS
Architect: Arhitekt Martin Aunin
Constructor: E-Betoonelement OÜ, CES OÜ, Empius OÜ, DMT Insenerid OÜ
Builder: main contractor and performer of concrete work: TTP AS, E-Betoonelement OÜ
Supplier of concrete, concrete products and formwork: E-Betoonelement OÜ
Justification for the proposal: Järve Towers are high-rise buildings erected from the precast elements in a very special location. The buildings have 18 and 19 stories based on the thematic plan. The different heights are due to the requirements of the aircraft landing corridor, so the maximum allowed height of one tower is bigger than that of the other. The use of white light concrete emphasizes the airiness, lightness of the building and adds depth to the elements and architectural form. The balconies that are twisting upwards in a helix-like form carry the fundamental idea of the tower, which in turn is emphasized by the tower parapet solution, which further emphasizes the infinity of the towers, as if they still strive upwards to the heights. The construction of these buildings has shifted the understanding of element construction and its boundaries in Estonia.

Name of the object: Tallinn Music and Ballet School (MUBA); Pärnu mnt 59, Tallinn
Purpose of use : Educational building
Customer: Riigi Kinnisvara AS
Architect: Kolm Pluss Üks OÜ, Atelier Thomas Pucher ZT GmbH
Constructor: Novarc Group AS, CES OÜ, PCC Projekt AS
Builder: general contractor and executer of concrete works: Merko Ehitus Eesti AS, E-Betoonelement OÜ
Supplier of concrete, concrete products and formwork: E-Betoonelement OÜ
Justification for the proposal: As provided by the architectural idea of the project, a special enchanted place has been created in an urban space, where buildings are arranged at the borders of the plot, so that a unique open space - “the garden of silence” - is created in the middle. The load-bearing structure of the building was carried out by E-Betoonelement. The facade of the building consists of aluminum composite plate with metal cassettes of different shades, and each window of the building is surrounded by a frame that highlights the dance and instrument playing in the building, thus reviving the urban space.

Name of the object: Kalaranna Quarter; Kalaranna tn, Tallinn (development stages I-II)
Purpose of use: apartment buildings with commercial premises
Customer: Pro Kapital Grupp AS
Architect: Mihkel Tüür and Ott Kadarik, Kadarik Tüür Arhitektid OÜ
Constructor: Inseneribüroo OÜ Estkonsult
Builder: general contractor and executer of concrete works: Nordecon AS, E-Betoonelement OÜ
Supplier of concrete, concrete products and formwork: E-Betoonelement OÜ
Justification for the proposal: These are apartment buildings are in a great location and have been build by skilfully combining concrete and other materials. In Stage I of the construction, the A, B, K and L buildings were completed. Their exteriors were created with concrete element surfaces in dark shades, which were produced as Rekli matrix surfaces, while combinations of natural stone, aluminium-composite tiles and sheet metal solutions were used as well. In Stage II of the construction, the C, D, I and J buildings were completed, where, in addition to the finishes used in Stage I, thermally treated pine wood exterior cladding and brickwork were used.

The winner will be announced at the Estonian Concrete Day event in March 2023.

The competition Estonian Concrete Building of the Year 2022 begins